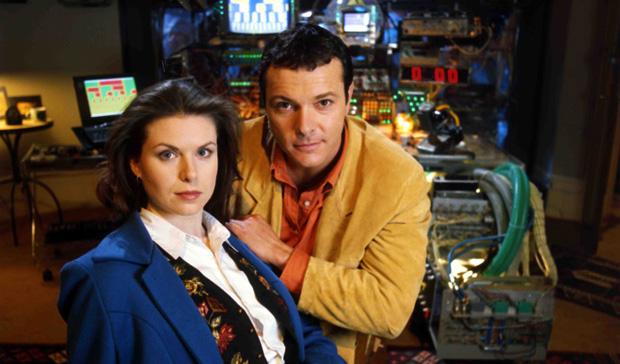 Crime Traveller was a BBC science-fiction drama first broadcast in 1997. It followed the adventures of Detective Jeff Slade (Michael French) and Scientific Officer Holly Turner (Chloë Annett) as they use a make shift time machine to help solve crimes.

This website is a labour of love by a fan of time travel in it's many forms who would have dearly loved a second series.